“Tell captain Dawkins, and his indomitable team, they have written their names in golden letters on the tablets of football fame. There is no substitute for victory!”

General of the Army

TELL CAPTAIN DAWKINS AND HIS INDOMITABLE TEAM THEY HAVE WRITTEN THEIR NAMES IN GOLDEN LETTERS ON THE TABLETS OF FOOTBALL FAME… THERE IS NO SUBSTITUTE FOR VICTORY.

Peter Miller Dawkins was born on March 8, 1938 to Frances and Henry Dawkins, in Royal Oak, Michigan.

Henry was a dentist who served in the Pacific during World War II. Frances was a college-educated homemaker with personal and career involvement in child development.

At 11, Pete was successfully treated for polio through a then unconventional treatment of aggressive physical therapy, and began a life-long commitment to weight training and sports.

On the brink of adolescence, Pete earned a scholarship to Cranbrook School in Bloomfield Hills, Michigan, where he excelled both as an All-League quarterback in football, and Captain of the baseball team.

Although accepted at Yale University, Pete chose to attend the U.S. Military Academy at West Point. To this day, he remains the only cadet to ever serve as Brigade Commander, President of his Class, Captain of the football team and a “Star Man” – one of the top 5%, academically.

Along with the legendary 1944, 1945 and 1946 teams of “Doc” Blanchard and Glenn Davis, Pete’s 1958 Army football team was one of the most storied teams in West Point history.

Undefeated, and ranked third in the nation, West Point’s “lonely end” formation – unveiled that year – is credited by many as having ushered in the open-formation, wide-receiver structure of modern football.

That same year, Pete was recognized as the outstanding college football player in the nation, being selected a consensus All American, and winning both the Heisman and the Maxwell Trophies.

In 1959, after graduating from West Point, Pete began a three year course of study at Oxford University as a Rhodes Scholar. His studies – in the field of Philosophy, Politics and Economics – not only provided a strong complement to Pete’s engineering background at the Military Academy, but had a formative, and permanent, influence on his perspective and life view.

Upon completion of his studies as a Rhodes Scholar, Pete spent the following twenty-four years as a career officer in the United States Army.

After finishing Infantry, Parachute and Ranger training, Pete was posted to the 82nd Airborne Division where he commanded a Rifle Company. Following further training, including Vietnamese language school.

He went to Vietnam, first as Senior Advisor to the Vietnamese 1st Airborne Battalion, and subsequently working in the Pacification Program.

Later, Pete taught at the Military Academy, studied for a PhD at Princeton University, worked on the task force charged to adapt the Army to a volunteer status, following the Congressional decision to do away with the military draft, and served as a White House Fellow.

In the final decade of his military career, Pete commanded three different units, and would become a General Officer. His commands included a Battalion in Korea, a Brigade at Fort Ord, followed by assignment as Assistant Division Commander of the 7th Infantry Division. Then, another Brigade command in the 101st Airborne Division (Air Assault), followed by assignment there as the Division Chief of Staff.

His final posting was in the Pentagon as the Army’s Deputy Director of Strategy, Plans and Policy. 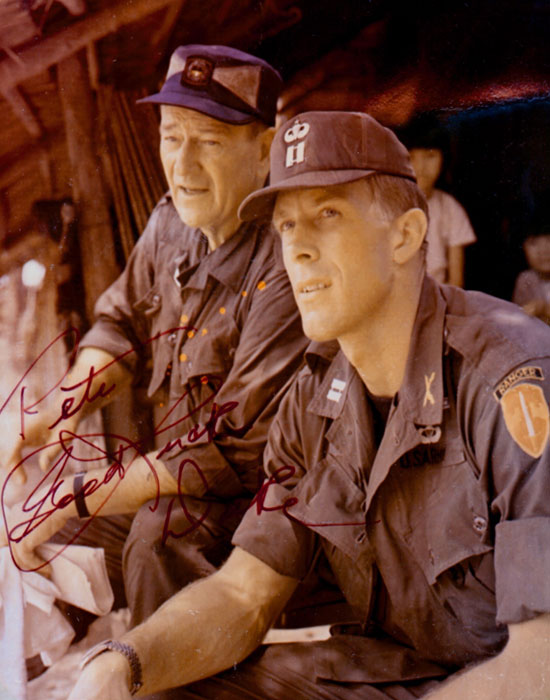 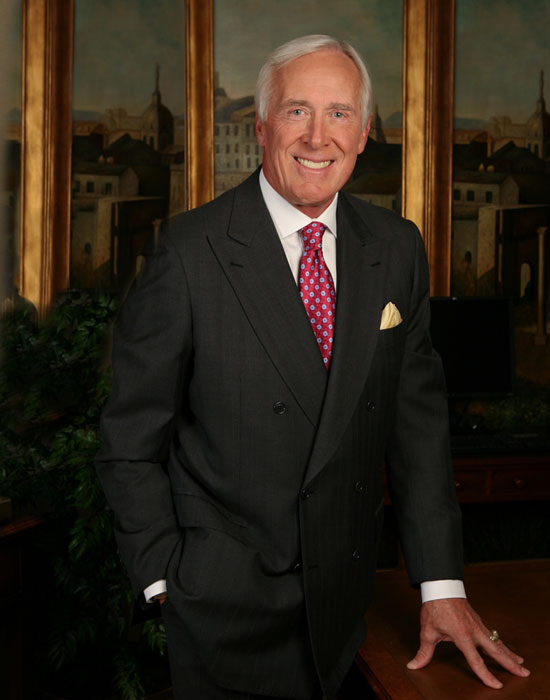 Since leaving uniform, Pete continued his legacy of involvement and leadership by entering the world of finance where he joined Lehman Brothers in New York as a Partner, and head of the Public Finance Banking division.

After four years with Lehman Brothers, Pete again felt the tug of public service, running as the Republican candidate from New Jersey for the United States Senate.

Although he ultimately fell short in that nationally-covered campaign, it was for a purpose he cares deeply about – service to the nation.

In 1989, he joined the strategy consulting firm of Bain & Company, as head of the U.S. consulting practice. Then, in 1991 he was recruited by the legendary financial leader, Sanford I. Weill, to serve as Chairman and CEO of Primerica Financial Services, Inc.

Three years ago, after 56 years of marriage, Pete’s wife, Judi, contracted a virulent autoimmune disease and, sadly, passed away. In 2019, through the chance suggestion of a West Point Classmate’s wife, Pete met the former U.S. Ambassador to Barbados and the Eastern Caribbean, Mary Ourisman. Mary had lost her husband several years before, and one thing led to another. Long story short, Mary and Pete were engaged in March and married in NYC in July 2019.

Beyond being a long-time fundraiser for political candidates, Mary — now Mary Dawkins — has been an active supporter of the RNC and the Republican Governors’ Association. Her passion is supporting the arts, and she has been a Trustee of JFK Center for the Performing Arts, a Board member of the Washington National Opera, and a Member of the Order of Saint John. In addition, she is particularly proud of being an active Emeritus Trustee of the Smithsonian Institution.

Mary and Pete divide their time, now, between New York City; Palm Beach, Florida; and La Jolla, California. She has one married son and a 14 year-old granddaughter. Pete is a proud husband, father, and grandfather with six grandchildren. 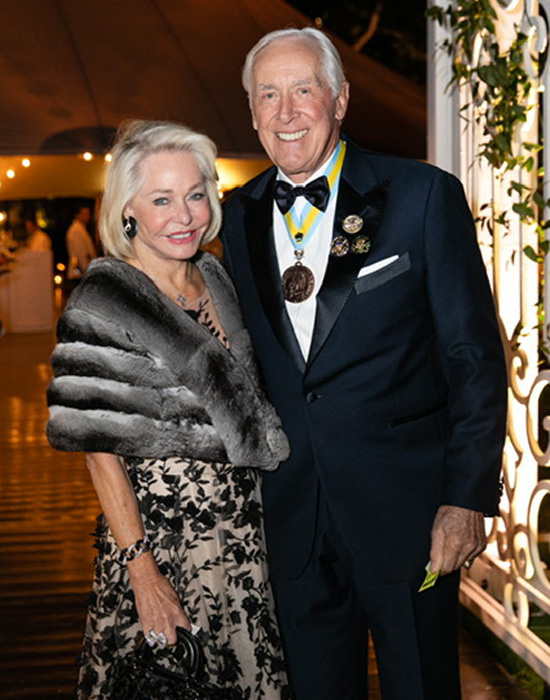