Pete has spent 21 years in formal schooling, earning five degrees and teaching for two years on the faculty at West Point. He is the only Heisman Trophy winner to have ever been selected as a Rhodes Scholar. 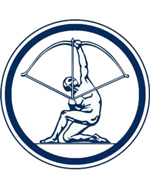 Despite a bout with polio as a youth, Pete was a three year letterman in football and baseball. He captained the 1955 varsity baseball squad and earned All-League accolades as the quarterback for the Cranes football team.

In addition to playing sports, Pete was a church acolyte, a member of the school orchestra, and played trumpet in a 5-piece jazz combo.

Pete’s record at Cranbrook also included individual honors in creative writing, art and craftwork, and an academic ranking in the top 10% of his class.

He has somehow been vested with that rare and innate quality of leadership which shines like a beacon, and the tremendous energy to exploit it to its maximum. If macarthur were a cadet at west point these days, pete dawkins would have a good adjutant.

To this day, Pete is the only Cadet to ever serve as Brigade Commander, President of his Class, Captain of the football team, and a “Star Man” (the top 5% academically). Pete’s class of 1959, would produce a record six Rhodes Scholars.

Pete’s experience at West Point set the foundation for the accomplishments he’s earned throughout his life.

Just a few weeks ago, a number of classmates and our wives gathered in colorado for our annual ski mini-reunion. After lunch one day, when we had talked and laughed and reminisced, everybody bundled up and headed down a nearby slope. Hanging back, I gazed down on that happy group with nostalgia, and a certain awe. I realized it was 47 years ago that we had met – as young teenagers – on organization day. Through the intervening almost half-century we fought wars. Raised families. Shared successes and disappointments. Followed varied careers. And, to this day, we still seek one another’s company, and enjoy one another’s friendship.

The basis of all that developed here, at this place, as cadets. There is a long gray line. It’s real and it’s lasting. And it’s one of the important reasons why, 200 years from its founding, west point remains stalwart – and matters very much. 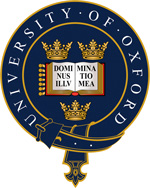 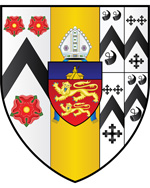 Pete arrived at Oxford in the fall of 1959, and entered Brasenose College as a Rhodes Scholar. During his second year, Pete’s fiancée, Judi, traveled to England and taught school at a nearby U.S. airbase.

During the summer of 1961, Pete and Judi were married at West Point before returning to Oxford in the fall to complete Pete’s final year of studies.

The schedule of Oxford’s scholastic “terms” allowed for meaningful periods of travel throughout the U.K. and the continent, including, in Pete’s case, an extended automobile trip in the summer of 1960 through Scandinavia, the Soviet Union, Eastern Europe and on to the Olympics in Rome.

Pete’s three years at Oxford built upon his time at West Point to develop a breadth of perspective, and a habit of curiosity, that has marked his life. 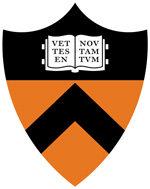 Following two years of teaching as a faculty member at West Point, Pete entered Princeton University’s Woodrow Wilson School of Public and International Affairs. Still reasonably fresh from his time in Vietnam, he immersed himself in the broad study of public policy.

In contrast to the more tranquil atmosphere at Oxford, Pete, still on active duty as an Army officer, was on the Princeton campus during the height of anti-war sentiment and student protest.

In April of 1970, following the U.S. incursion into Cambodia, student activist groups set fire to the ROTC office on campus as a gesture of their violent disapproval of U.S. policy. Following that, they mounted a campaign to have Pete expelled from the University. After several days of boisterous meetings, and papering the campus with huge “DUMP DAWKINS!” posters, demanding that “Dawkins Must Go!”, Princeton Professor Marion Levy challenged the student leadership to a tense public debate. As a result, emotions subsequently eased, and Pete completed his studies at Princeton.

Having earned a Masters Degree, and completed his course requirements for a PhD, Pete left Princeton in 1970. He would complete his dissertation, and was awarded his PhD in 1977.